Pledged by Louise G White is the third and final instalment in the Gateway Series.

Having read the first two instalments in this series I couldn’t wait to see where Carolyn’s fate led her next. Of course with so much happening between books one and two, and such a fantastic array of unique characters with their own challenges, Carolyn’s story wasn’t the only one I was interested in.

Starting shortly after the end of the last book, we are straight away emerged back into the story. I particularly liked how, in this book, the author had done subtitles highlighting the person’s point of view you were following at that time. I have never seen this in anything I have read before now, and thought it worked really well – especially when I was ready to turn in for the night and my eye caught who’s next, compelling me to read for just a little longer. The story itself is not only well constructed but possesses the author’s familiar flowing rhythm with her visual and immersive style.

Each of the characters, as I mentioned above, have their own story arcs which are expertly addressed in line with the main plot. From the initial book in the series to this one, you can clearly see the growth of each of the characters and the building of their relationships, which, for me, is not only the sign of a good story, but an indication of the thought and depth given to the characters in their creation. With such a wide cast of protagonists and antagonists there is always a risk of falling into cookie-cutter stereotypes, something this author has not once done during the series. Each one of the characters is unique with their own distinctive personalities, which, in a very true-to-life manner, show some absorption of the occasional mannerism from the group they were in.

As with both the previous books there is no shortage of imagination, conflict, and investment. I would highly recommend this series to anyone, certainly deserving of a 5 star rating, not once throughout the entire series have I been disappointed. I look forward to seeing more work from this author. 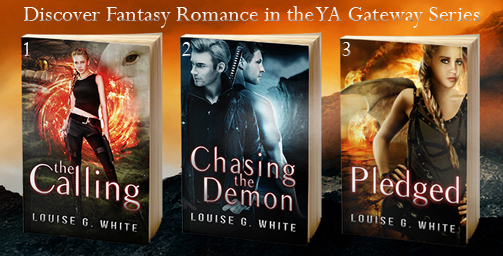