This year I have had the pleasure of interviewing some really amazing and talented authors. I didn’t want their time to go to waste, and their information to be lost amongst my sea of posts, so I have dedicated a page of my blog to them.

Below you will find the name and a short piece of information relating to each of the authors. By clicking on their name you will be directed to their interview should you wish to learn more about them.

Sallyann is a Welsh author living in the area of Swansea. She is an avid reader, mother, and Grandmother.

Her books are of the Urban fantasy genre and are aimed towards the  young adult/ adult market. They incorporate werewolves, vampires, and other supernatural beings and possess a very character driven plot. Her book titles to date are, Angel’s Blood, and Hybrid Justice.

Karen is a Scottish author living in the Greenock area. She enjoys writing, photography, graphic design,

crochet, and is a lover of horses.

Her books are of the Scottish Mythical Fantasy/ Epic fantasy genre targeted towards the adult market.

Her books contain a vast cast of well-conceived characters, each with their own agendas and motivations. Along with the main story arc, you will find numerous subplots and deep insight into the characters. Karen’s first book, for King and Country, also hit number one in the Amazon best seller for the category of Myths & Legends > Celtic, English & Welsh.

is now split between his full time job as a national trucker, his two sons, writing, and reading.
His book, Salby Damned adds a modern twist to zombies, and possesses a gripping story within.

American author LK Kelly, was raised in Fort Smith, Arkansas. LK’s time is split between her work, writing, her home life and

Her work falls under the Science Fiction, Paranormal, Romance, adventure, occult, and some erotica. Thus her books are only for 18 years and over.

Her current series, The White Wolf Prophecy is an excellent combination of well-developed characters, an intriguing plot, and erotica which is guaranteed to leave the reader wanting more.

Val Tobin is a Canadian author of the Science Fiction and Romance genre, who also expands her

Her current work includes The Valiant Chronicles T(he Experiencers, A Ring of Truth.) Injury , and  Storm Lake , not to mention her work in Indie author anthologies.

Bret Allen is a British author who has been writing for his own enjoyment since the age of sixteen and recently released his first book Strange Matters  and co-authored  Frankenstein’s Daughter.

He is an avid gamer and enjoys predominantly RPGs and retro games.

Scottish author Louise G White is the author of the Urban Fantasy/ Paranormal romance Gateway series. The books in this series are The Calling,   Chasing the Demon, and Pledged

Louise is not only gifted in crafting an adventure on page, she enjoys experiencing them herself, she enjoys exploring, swimming, Disney and rollercoasters.

Cary Allen Stone is an American author and former pilot. He has wrote work in both the true crime and crime fiction/psychological thrillers.

His work includes “Through a Mother’s Eyes” “Stealing Atlanta” and the Jake Roberts Novels: “After the Evil” “Mind Over Murder” “After the Goode” and “After the Kill”

The Blood Fire Trilogy. His books include A Soul Divided, The Key to the Demon’s Gate (pending release) and a further as yet unrevealed title.

He is adventurous by nature enjoying such hobbies as rock climbing, scuba diving. sky diving, hiking and much more.

John Evans is a British actor, turned author, following the need to become a full time carer.  His works fall into the Supernatural/ Paranormal Thriller genre and include “An Unwilling Recruit” and “Fool In The Ring” (coming soon)

His family commitments leave little time for hobbies, but he does enjoy a good book and film. 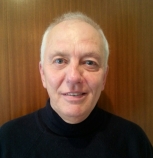 Chris Wardis a British author who worked at the BBC for 3 years cooking for the stars, as well as on an Iranian missile base in the Persian Gulf. He then spent thirty years in sales and marketing as a commercial Director and is now a successful full time writer having published 7 crime thriller books.

His titles include: Bermondsey Trifle, Bermondsey Prosecco, Bermondsey The Final Act, Return to Bermondsey, Driven to Kill, Blue Cover Up, Serial Killer, OMG JOE WARREN (which is in nomination for a Kindle Scout/Press deal)

Marsha A Moore is a fantasy and paranormal Romance author. The magic of art and nature spark life into her writing, as well as other pursuits of watercolor painting and drawing.

Walter M. Willians III is an action horror/ gothic horror author with I have a degree in Criminal Justice with an emphasis on Homeland Security. He is currently in the process of learning more about teaching.

His books include: “Nightmare’s Paradise”, “A Violent Lament”, and “The Languishing Bay”

Leonard D. Hilley II grew up in Fort Payne and developed a passion for science at an early

His books include the Predators of Darkness Series: Predators of Darkness: Aftermath, Beyond the Darkness, The Game of Pawns, Death’s Valley, and The Deimos Virus: Target Earth ( due June 2016). The Chronicles of Aetheaon Series: Shawdirea [Book One] and Lady Squire: Dawn’s Ascension [Book Two] and other titles such as Devils Den, Succubus: Shadows of the Beast, Forrest Wollinsky: Vampire Hunter (Vol. One) and Forrest Wollinsky: Blood Mists of London ( Due May 2016)

Hamilton Hill is a Middle Grade novel writer, born in Africa and now living in Australia. He is an ardent traveller and philanthropist, with a keen interest in  aquatic biology, chemistry and wireless technology.

His titles include: The Roads of Luhonono – Book 1 – The Legend of The East Road. With book  two due for release next year

Stephen Drake is cross genre author favouring fantasy and sci-fi. With an avid interest in survival skills he applies his talents and experience to his writing craft.

His titles include Displaced and the soon to be released Civilization

A.J. Chaudhury is a Botany student who has been writing since early childhood. He writes historical fantasy/ Sci-fi, enjoys badminton, movies and travelling.

His titles include A Song of Blood and A Prophecy of Chaos:

Please note I do not, nor will I ever, charge a fee for interviewing an author or reviewing books. I believe we authors should do all we can to support one another, and this is my way of doing so.