Dark, terrifying, horned demons emerged the world over on the day the world ended. But these seemingly 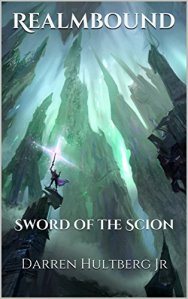 invulnerable creatures were different to the other monsters that appeared, they didn’t hunt just any running flesh, they hunted those of power, politicians, figureheads, leaders, so why had one pursued Rian. He was nothing special, an eighteen year old grocery store clerk with no idea what he was going to do with his life. With some help he managed to escape, but when he awoke he no longer recognised his home. Six months had passed, and the world was in ruin. Those who survived did so in groups, finding a new place in this strange world. Reunited with his roommate and best friend, Angelo, Rian discovers what had befell the world, but he also brought danger to their door. Rian Asher no longer needs to ask what to do with his life, he is already being guided to his destiny. He is the last hope, the one who will stand against the beasts in an attempt to drive the evil forces back.

Well paced and carefully considered in order to weave a well designed plot. As a gamer there were certain parts of this that really appealed to me, and I enjoyed how the truth behind things are implied before being told allowing me to piece together the information given to create my own conclusions into the How’s and whys of things before the truth is revealed. A fun read for fans tasty lovers and gamers alike.