Jodie has suffered at the hands of her husband, Jack,  to the point she was merely a tool 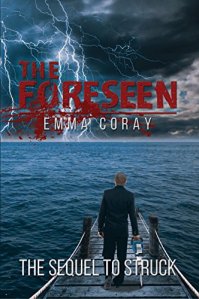 to his daily life, a set routine, a strict diet regime of what to make and when, and if any of her spirit returned he disciplined her. But he had taken it too far. His actions had been witnessed by Barry, the owner of a dry cleaner, who stepped in to rescue her from his violent hand, and hid her away. But Jack had be in control. Barry’s intervention  had landed him in hospital, and cost him his wife, and he would pay. His scheme to dispose of the disaster’s catalyst backfires, almost costing him his job, and further stoking the rage. All the while, Jodie begins to rediscover herself, her passions, and finally takes a job, safe in the knowledge she is hidden from her husband’s brutal hand. While she is focused on surviving, and entering a new relationship, her son, CJ, is being haunted by the ghosts of his friends. It seems they still have unfinished business, and CJ is convinced the wrong person has been arrested for their murder. They still have work to do, but is their mission to bring the one who killed them to justice, or is there another agenda? Find out in The Foreseen by Emma Coray.

The main focus of The Foreseen is on Jodie and Jack, along with the events surrounding her leaving him. From rage and violence to infidelity and murder, this is certainly a suspenseful read. The paranormal element is more subtle and for the  most part revolves around CJ, although the forces at play have a way of knowing where and how they are needed most. Their subtle acts make huge differences, especially in life and death situations. Emma Coray’s narrative is intensely gripping and supported by a tight plot and a small cast of excellently developed characters. Whilst it is the sequel to Struck, I found it worked well on its own, any important information is filled in if it is relevant. Even without the paranormal aspect it is an engrossing read, it’s so nice to find a book that doesn’t feel the need to overuse such things when subtly works as well if not better. The Foreseen is an intense and gripping read that left me feeling a bit lost when I finally read that last page and had to  return to reality.