It had all started with a dream, mournful sounds carried through the realm of slumber 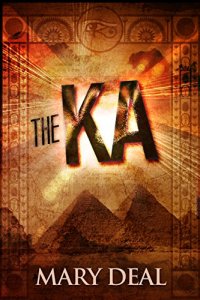 to Chione, in her dream these sounds were connected to a tomb in Egypt, something that wanted to be found. Her dream was relayed to Clifford around the time reports of a new noise, possibly caused by the shifting in earth, had reached his ears from Egypt. With nothing to lose he reported the possibility of a new dig site. A second dream spoke of its discovery, like the dream before it too it came to pass, and thus they found themselves there. Despite her lack of Ph.D Chione had been selected to join what could be the most significant archaeological exploration for a long time. But before the tomb was even opened the group were experiencing unusual phenomenon. This find will affect each of them in ways they can’t even begin to imagine. Buried beneath the sand, for time untold, it had been waiting for them, each has something to offer, something expected from them, but will they be willing to pay the price?

I’ve been to Egypt, I’ve seen, heard, and read some of the lore within this book. With great skill Mary Deal had me feeling like I was right back there, in the thick of it. The pace is slow and steady, but will easily keep you turn the pages. The Ka is heavily character driven with a plot that keeps you guessing, it has everything from tomb robbing to paranormal events. If you’re a fan of Egyptian themed reads, or anything with a paranormal edge, then this is a read for you. The level of detail speaks volumes to the time and effort that went into researching this book to give the plot a genuine story, from the difficulties of financing a dig, to superstition, complications, unlikely friendships, and of course what Egyptian tale is complete without mysteries, missing people, and death?