Skip to content
September 22, 2017 kjsimmill
Cassie, a water sprite, had been living 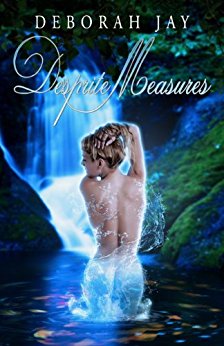 alone within the lochs for centuries, but as man adapted and developed so too did their technology. Plumbing made things particularly tricky for an elemental who likes to stay in her water form. Eventually she surrendered and moved to land to look and live like them. She had a small collection of friends and it was all going fine, until she was tricked, imprisoned and abducted. Held against her will by an evil magician she was pitted against a creature of her opposing nature, to touch the salamander could be to destroy all of Scotland, and yet, she feels drawn to her, tempted beyond anything she has felt before. Against her better judgement she seeks Gloria out again in hope to protect others from suffering a similar imprisonment, and instead finds herself caught up in a quest for revenge. Can she cool Gloria’s temper and douse the growing attraction, or will her loved ones be caught in the power game as two covens seek the elementals’ powers for their own? With so much at stake, is she even aware of the real danger threatening to consume her?
Packed with action and legends Desprite Measures is a well paced urban fantasy which starts slow and builds up momentum driven by the characters’ own desires and ambitions, between the evil Liam to the passionate Cassie you’ll find an array of colourful characters. The book itself has merit with a lot of mythology intricately woven into it to add spirit and charm to the tale. There are some adult scenes, but they don’t dominate the story although it is certainly dominated by myth, obsession and lust.
Book link:
Desprite Measures