They had thought it was over. The SALBY virus had been deactivated, and those infected 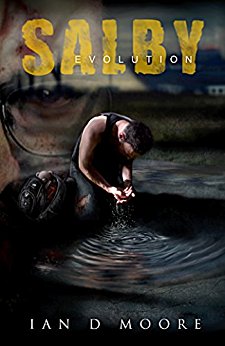 had returned to their lives, mostly. There had been losses, causalities, and things would never be the same. They had no idea of the looming disaster, nor could they have imagined that one person, infected by the original virus,, had escaped before the UK was quarantined. But even so, on a freighter like the one he had stowed away in, given the virus ultimately killed the host, any infected should have been long dead before it reached dock. But that was not to say there wasn’t a problem. The freighter was bound for Russia, and inside, the infected wasn’t just a man, and the virus didn’t affect him in the same way it had the others. All sights focus on finding this man, he could tip the tides of the civil war, and once Russia has been won, then targets would move further afield. A tactical game of chess is underway, the victor will decide all.

I really enjoyed this book. It is written in alternating tense between the first person perspective of Simon Lloyd and the third person perspective of other plot essential characters. You will find yourself immersed into a tense world of conflict and war as opposing forces play a tactical game of chess, each hoping to gain the upper hand. It is well written, engrossing, and difficult to put down. We see the return of familiar character’s from Salby Damned, and the introduction of a vivid new cast.
Before reading this I re-read Salby Damned, which has undergone some updates of its own. I have to say it was brilliant reading them back to back, but the books themselves are self-contained and can be read without prior knowledge. A thrilling read. I read this on Kindle Unlimited, but just had to purchase it to add it to my permanent library.